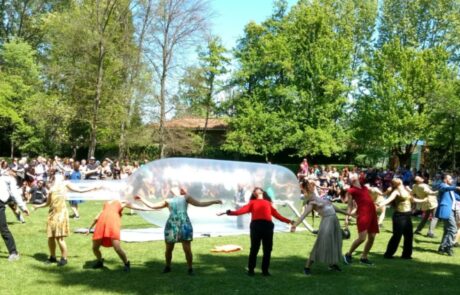 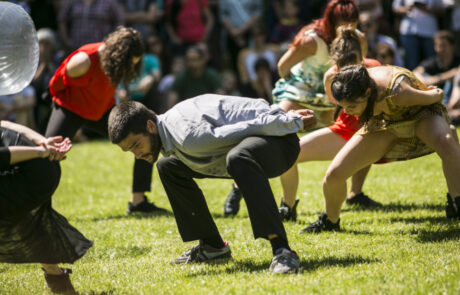 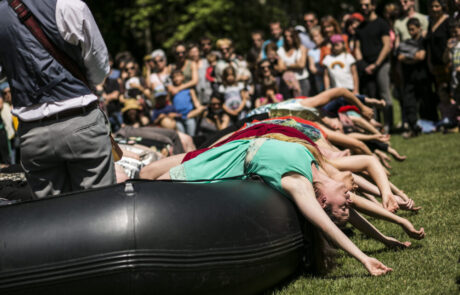 Halab is an itinerant street dance piece interpreted by 24 students of dance and with the choreography of Sol Picó.
Halab, the original ancient name of Aleppo in Syria, pretends to sensitize and give visibility to the humanitarian tragedy of the refugees that every day risk their lives in the Mediterranean sea trying to escape of the terror of their origin countries. With live music of Pere Jou, Halab is an austere but powerful piece, committed, thrilling and touching at the same time, that approaches us to a terrible reality that suffer thousands of people through the poetic language of dance.

DESCRIPTION
The show consists of two parts: a first itinerant part of about 10 minutes, which can be performed several times, and a final part in a fixed location of 20 minutes duration.
Halab was premiered the 22th April, 2017 at the Festival Sismògraf of Olot, interpreted by the students of the Conservatori Superior de Dansa (CSD).
It was awarded with the prize ‘Sismo in Family’.

Necessary
SAVE & ACCEPT
Go to Top